Looks like you don’t need a Tidal subscription after all.  The video for Nicki and Beyoncé’s ‘Feeling Myself,’ originally released for Tidal subscribers only, is now hitting the Internet for anyone to view.  The video features the two BFFs partying at Coachella, slaying burgers, and just being epic.  Why wasn’t I invited?  Check out the exclusive on californyinz here!  Hopefully it stays open to non-Tidal subscribers for a while!

MY TRIP TO THE OVO POP-UP SHOP 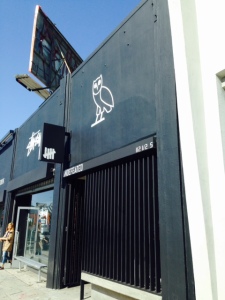 Last Sunday I ventured to the OVO pop-up shop Drake is hosting in Los Angeles.  Like most pop-up shops or really any urban clothing store, they are very small inside.  I approached the door, only to be stopped by a security/bodyguard type man, if you will, sporting an OVO t-shirt.  I patiently waited until a few customers left, and it was my turn to go inside.  Drake visited the shop on April 8, and I had to think that if I was there on that day, I would have fainted.  The store is so small, we could have literally bumped into each other.  ANYWHO.  Check out some pictures below.  And you know I had to buy something – the checkout bag is even OVO-approved. 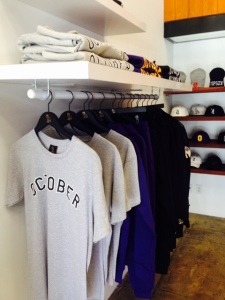 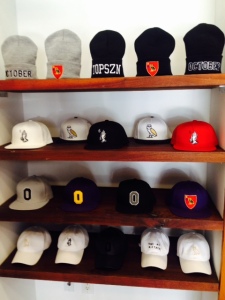 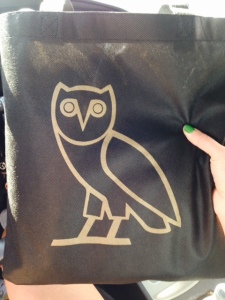 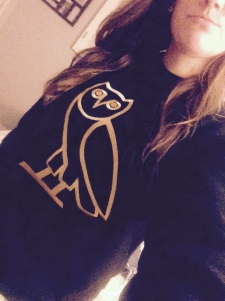 BEYONCÉ AND JAY Z TO RELEASE JOINT ALBUM ON TIDAL 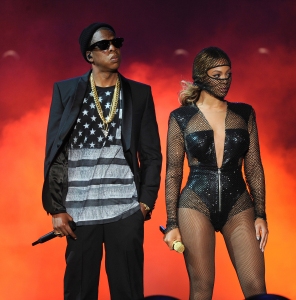 Earlier this week, internationally recognized DJ, DJ Skee, revealed the highly-anticipated joint project is nearing completion and will be released exclusively on TIDAL, Jay Z’s streaming service.  Now I’ve downloaded the app but have yet to subscribe, even for the free 30-day trial.  I’ve been reading a lot on the pros and cons of the app, mostly cons (the biggest being the $20 monthly fee compared to Spotify’s $9.99/month, which is what  I have and love).  I like the exclusivity TIDAL offers to its subscribers, such as this album for example.  However, I think the app needs some fine-tuning and updating before I fork over $20/month.  Now if Jay Z were to call me personally (like he’s doing to subscribers to thank them) to tell me why I need to sign up, then maybe I’ll reconsider.  So for now, I can only hope the album will get put on Spotify or somewhere on the Internet so I can listen.  Guess I’ll just have to be patient!

Do any of you use TIDAL?  If you do, what do you think of it so far?  Those who don’t have it, why not?  Would love to know your thoughts.