In just 11 days, this video has reached over 39 million views.  What video you ask?  Bruno Mars’ video for his newest single (and banger) ’24K Magic.’

The visuals are tastefully done and are sure to ignite some 90s hip-hop feels.  And I honestly think if any other artist created this or attempted to, it would come off as tacky and just too much.  But Bruno Mars, well done.

I’m also not one to typically go ham newton over a song that the masses love, especially knowing it will be over played on the radio, so props to Bruno for doing the impossible.

So put yo’ pinky rings up to the moon, and watch the visuals below! 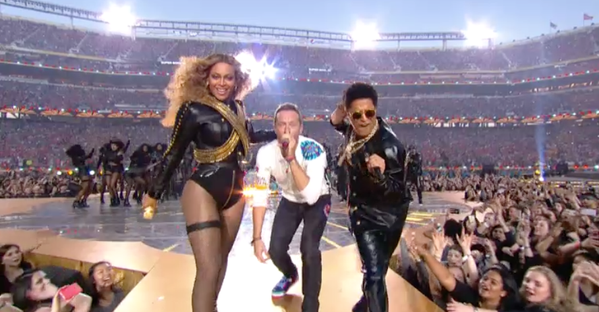 I 100% called Beyoncé announcing a world tour post-performance.  This is why I can’t maintain a savings account because #concerts.

Pre-sale starts this Tuesday the 9 and all other tickets go on sale the 16.  Her tour kicks off in Miami on April 27, and I’ll update this post once all dates are posted. I more than likely  will be going.

That halftime show though was lit, and I’m so glad Bruno was added.

Bless up, everyone.  Her concert will BEY epic.