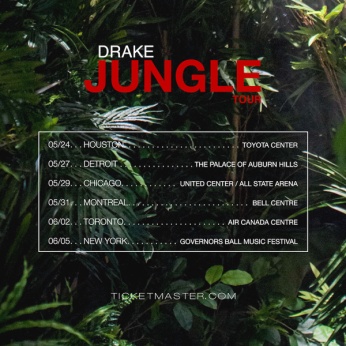 Notice Los Angeles isn’t on here.  I already looked at flights to Houston, which happens to be Memorial Day Weekend.  Tickets go on sale tomorrow.  I need to calm down.  However, if anyone out there would like to donate funds, that would be greatly appreciated.  You will be featured in a blog post.

Future will also be joining Drake on the tour. 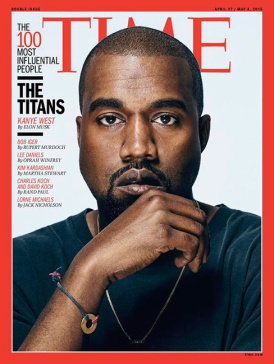 I know what you’re thinking… WHY would Kanye West be listed as an influential person?  He’s so mean.  He’s  the worst.  He’s a terrible person.  Blah blah.  How many of you have actually followed him throughout his musical career?  The man is brilliant and creative.  Extremely talented.  An epic performer – his Yeezus tour was a full-on production.  In the words of Taylor Swift, ironic I know (and can’t believe I’m quoting her), but the “haters gonna hate hate hate hate hate.”

Tesla Motors and SpaceX CEO Elon Musk wrote a tribute to Ye in the magazine.  “He’s not afraid of being judged or ridiculed in the process.  Kanye’s been playing the long game all along, and we’re only just beginning to see why.”

And yes, I will be purchasing this issue of Time. 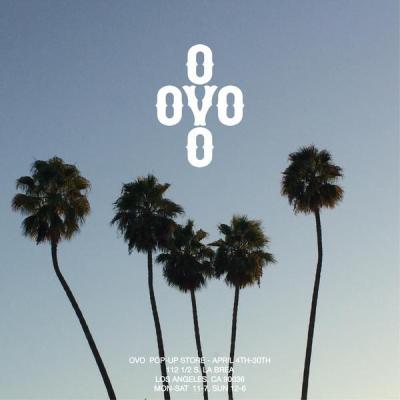 I really don’t have much to write about this but just wanted to let you all know that if you’re in LA you should stop by.  I plan on doing so – obviously.  I need to cop some OVO swag, ya dig!  For those of you not in Los Angeles, you can order OVO merch online here.

Hi, everyone! My name is Sara, but most of my friends call me Serge. Passionate of all things digital, I wanted to create an online space where I could share my California and Pittsburgh experiences and love for hip-hop music with you.
Join 2,689 other subscribers