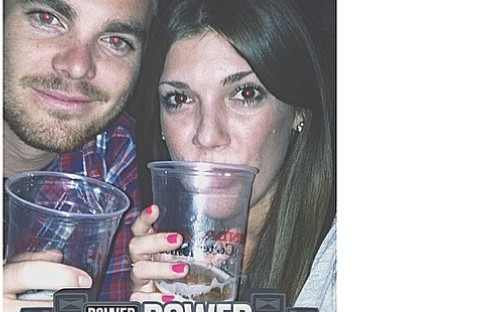 MY POWERHOUSE RECAP
Power 106 put together a nice little recap video.  Check it below!  You can also see pics (better than mine since I was in the nosebleeds) on their website here.

So I know Powerhouse was last Saturday but it was pretty epic, and I want to tell you all about it!  My friend Parker and I got to the Honda Center in Anaheim (where the Ducks play) around 8pm, although the concert started at 7pm, we really didn’t mind missing Casey Veggies, Logic, and G-Eazy – no offense, guys.  We got right to our seats at the end of Tinashe’s performance – sorta bummed we missed it, but whatevs.  I’m sure I’ll be attending some other concert where she’ll be performing.  Anywho.  Next up was Nipsey Hussle, Tech N9ne, and B.o.B.  It’s cool to say I’ve seen them perform, but they weren’t the highlights of my night.

Cut to where my excitement began to build.  Ty Dolla $ign, Kid Ink, Ludacris, and last but definitely not least… Kanye West.  Ty Dolla $ign, who I’ve always liked, got the crowd moving and even brought out the Regulator, Warren G, and DJ Mustard.  Now if you don’t know who DJ Mustard is, he’s a super producer who has produced MAJOR hip-hop joints you hear on the radio today.  You may also be familiar with songs that start out, “Mustard on the beat.”  That would be him.  And yes, he rocks a giant gold Heinz mustard bottle hanging from a chain necklace.  It’s obnoxious and somewhat comical, but hey, he’s branding himself and also supporting Pittsburgh.  Kid Ink was dope as usual, but Luda really got the crowd going.  He played mainly his old songs, which I really appreciated.

Now for the headliner.  Yeezus.  I know I may lose some readers during this part, but the man is truly talented – I’ve been seeing many negative comments on Facebook about him not being an actual artist, especially since his most recent (and overly censored) performance at the Billboard Music Awards.  Okay.  Bai.  I’ll save my pro-Kanye rant post for a rainy day.  Back to his set!  He also performed a lot of his older stuff, but we were #blessed to hear his newer material like “All Day,” “Only,” and his verse from Big Sean’s “Blessings.”  Not gonna lie but when he performed that, I got more excited I think when they played Drake’s voice for the chorus leading into Ye’s verse.  Yes, it was just a recording of Drake’s voice – he didn’t actually show up.  I have issues I know.  Kanye played for a solid hour despite his sore throat issues he was having.  It’s just amazing to me that one person on stage, no backup dancers or band, can have 20,000 people rapping along with him and just filling the arena with so much energy!  I live to experience things like this.

But that was my Powerhouse experience, and Power 106 did yet another fantastic job with the lineup and smooth transitioning in between artists.  Any way you guys can get Drake to headline one of these like you did for Cali Christmas in 2011? 🙂