I know this is overdue, but now my post won’t be lost in the mix of everyone else’s New Year posts. 🙂

So on New Year’s Eve during the day, my roommate Megan and I ventured to the beach to reflect on 2015.  We talked about our peaks and pits of the year, as well as our funniest moments.  That last one was actually a bit difficult because I’m convinced our group of friends have funnier moments than most.  Also, the peaks and pits are something that the Kardashians do.  Judge me.  The peak is your highest moment and the pit would then be your worst.  Try it sometime.

I scribbled down my top moments of 2016 in this notebook I was gifted on my 25th birthday (thanks, Jamie!).  It has loads of information ranging from blog topics and ideas to things I’ve learned in social media classes and workshops.  Rather than me re-typing what I wrote, here are two screenshots of what I wrote down.  Don’t mind the chicken scratch.  And I know there’s highlights I’m forgetting… 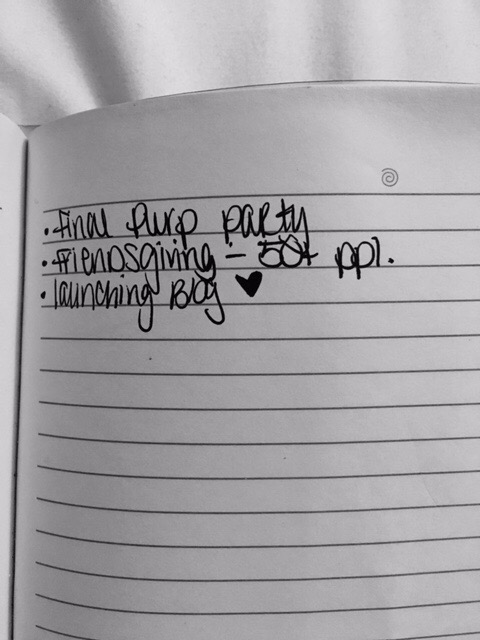 Add to that list seeing The Weeknd with Parker and Syd, Jamie getting married and being in her wedding, winning a Twitter contest to attend Social Media Week LA fo FREE, visiting Drake’s permanent LA flagship store, and closing out my trip home for Christmas by going to a Steelers tailgate with my bro Michael – #af.  Again, I know there’s more but this will do.

Last year was filled with seriously SO many activities, concerts, and networking opportunities with the most epic friends (new and old!) and family.  I have no idea what’s in store for this year.  Well, I do know Drake is going to drop his album – hopefully this month for my birthday – but other than that I’ll just ‘do what I want when I’m poppin” this year (Future lyric).

Now to get started on my 2016 Blessings Jar and Vision Board, courtesy of Karen Civil.  Blog post to come on who she is and why I admire her work ethic and positivity.

Wishing yinz all the very best this year!