Below is the official artwork for Drake’s Views From the 6 album dropping on Friday!

Through some Twitter invesigating and Snapchat watching, here’s what we know so far about Views and this week’s Drake takeover aka the Drakeover. 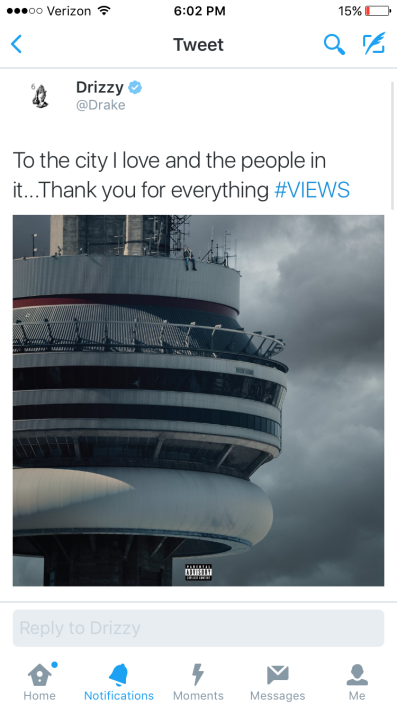