I feel like I haven’t posted anything in EONS.  The last time was what, RiRi’s concert review?  Unacceptable!  But I’m back now and definitely off of a good note because…

…and are advancing to the next round of the Stanley Cup playoffs!  Major #californyinz moment. What does this have to do with California?  Well, I’m here, duh.  Anyways.  Super pumped we beat the Capitals! 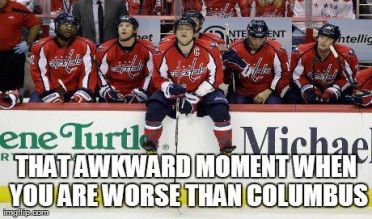 Now back to the culture and hip-hop.  What have I missed?

Most recently, we were gifted with the (weird) music video for Desiigner’s banger ‘Panda’ with a cameo from Mr. Kanye West himself.  Watch the loopy video below and you’ll catch Kanye towards the end.  Since it’s a TIDAL exclusive, I unfortunately cannot embed the video into this post, so you’ll just have to watch here on Rap-Up.

Drake is set to appear on ‘The Tonight Show’ Thursday, SNL (serve as the host and musical guest) this Saturday, and then to return to ‘Ellen’ on May 18.  *sets DVR*  Watch the hilarious and creative promo vid for the Ellen show appearance below!

And I want to share this just because Kendrick is not only one of my favorites but his content more times than not gives off good vibes only.  The 30-second spot was shot in a California mansion and features Kendrick sporting his Reebok Classics.  Watch and listen to his words in the newest Reebok commercial below.

Have a good one, yinz, and let’s go Pens!