Yesterday on the 45th episode of OVO Sound Radio, Oliver El-Khatib announced that a new artist had been signed to the OVO Sound label.  Who you ask?  His name is Plaza.  I’ve never heard of him before, but after listening to his EP, Shadow, (and currently listening to it now), I am pretty obsessed. 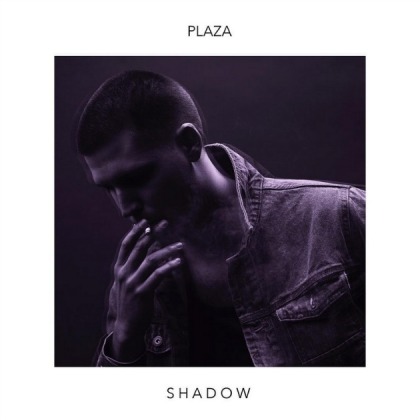 He has an old-school Weeknd vibe to him mixed with DVSN and a sprinkle of Majid Jordan.  Could I love an artist any more?  Don’t answer that because yes I could, and it’s Drake.  Anyway.

I don’t know much about Plaza yet, but what I do know is that he’s an R&B singer from Toronto.  He released his debut EP in September 2016 titled One on SoundCloud, and there wasn’t any real promotion for it.  One song, “Personal,” from this new EP though was played on a previous episode of OVO Sound Radio.  Clearly I wasn’t paying attention.

Shadow delivers all of the late nite vibes.  Other than attending a rap concert and buying merch, there’s nothing I love more than driving home late night or laying in bed late at night listening to songs that match this mood.

The five tracks that make up Shadow are perfectly curated and produced.  The beats drop at the right time, and each track is long enough to tell a complete story and gets you in your feels.  You know what other artist and project does the exact same?  The Weeknd’s Trilogy.  Artists like The Weeknd, Frank Ocean, and Majid Jordan who give us those four to five minute tracks have a gift of captivating the listener and keeping our attention without wanting to skip to the next track.

Seriously, I’m listening to Plaza right now, and I am really really liking him.  He’s taking me back to The Weeknd – Trilogy  times, and it’s v refreshing and nostalgic.

Okay, enough typing.  You just need to listen to this – Apple Music (preferred) or SoundCloud below!

Hope yinz are living your best life on this Sunday.  And let’s go Pens!