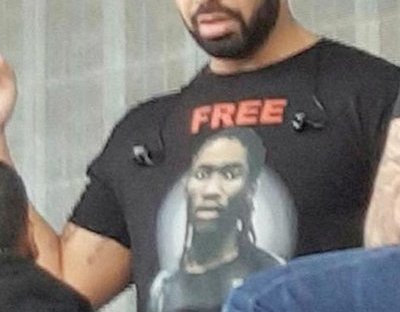 Tonight was the final night of Drake’s annual OVO Fest, and I don’t even have FOMO (Fear Of Missing Out).  I am just MO (Missing Out), and I’m super bummed about it.  I’ve received a handful of messages, again (love it!), from friends asking about my sadness of missing out.  ‘They knowww, they know, they know.’  Drake reference.  But that’s why I’m thankful for social media – one of the reasons.

PARTYNEXTDOOR kicked off the show, followed by Drake, and his set was lit from the beginning.  He (obviously) started with his two response tracks to Meek Mill – first ‘Charged Up’ then ‘Back To Back.’  Now during these two performances, memes of Meek Mill were scrolling in the background.  Quite the aggressive tone to start the evening.  He also gave a shout out to Meek saying that ‘he did this to himself,’ before giving him a ‘Participation Award’ for his pretty weak attempt at a diss track.

Skepta, Future, KANYE WEST, Travi$ Scott, Big Sean, AND Pharrell all performed throughout Drake’s set, as well!  I mean.  I have to go next year.  I tell myself this every year,  but really, I must be in attendance in 2016.  It’s only right.

Drake closed out the show with ‘Know Yourself,’ brought out a bunch of woes, and officially ended the 6th annual OVO Fest with an encore of ‘Back To Back.’

If Meek tries to do anything else at this point, it will just be ‘zzzzz.’  But if it means Drake will continue to come out with more music before Views, then keep it coming, Meek!

Complex compiled a great list of happenings from tonight, so I suggest you check it here if you want to get all of the details – videos and pictures!  Alright, time for bed.  Night, yinz!