The day is finally here! 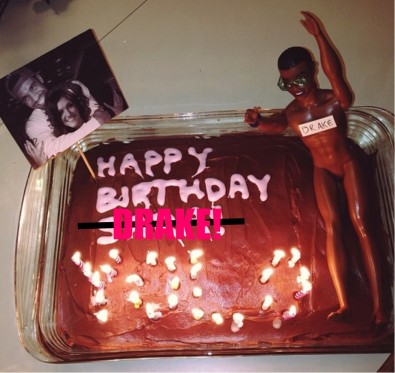 Cake originally made for me by Bre, but we switched it up a bit.

Happy birthday to the man who…

So thank you, Drake, for giving me and the rest of the world music to sing along to, dance moves to learn, outfit inspirations, memes to create, and all the feels.