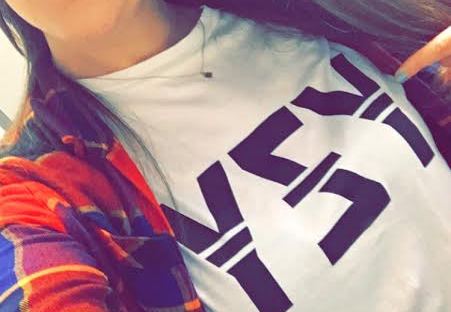 Don’t have Tidal but want to listen to The Life Of Pablo?  I got you. Listen here! 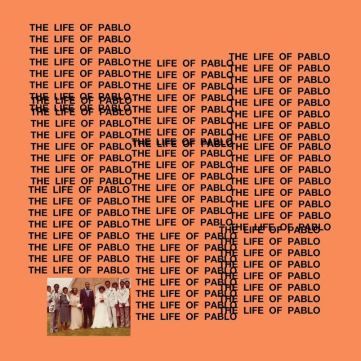 UPDATE:  Kanye is an actual genius.  Much thanks to Twitter and my little bro Anth for showing me this!  It all makes SO much sense.  Each of the phases of Picasso’s art seem to be inspiration for his past albums.

Honestly, I’m so pumped.  I knew I’d be excited about the release of his album, but I didn’t think I’d be THIS excited.  I think because Kanye has been so active on Twitter leading up to today and you can see how excited he is about the project and his Yeezy Season 3 collection, it has made everyone including myself pretty hype.

Unfortunately, I wasn’t able to snag a pair of tickets to watch the premiere of T.L.O.P. and his collection at the local Lakewood movie theater (sold out and I guess I have to be at work).  However I do have Tidal and you should get it, well at least the free trial – that’s what I have – because Ye is streaming it for ALL Tidal users at 4pmEST/1pmPST.  Needless to say I’ll be taking my lunch break during that time.

Last night I read the following article on on Twitter about the album so far.  HOT 97’s Ebro Darden was lucky enough to get an invite to last night’s NYC listening party. 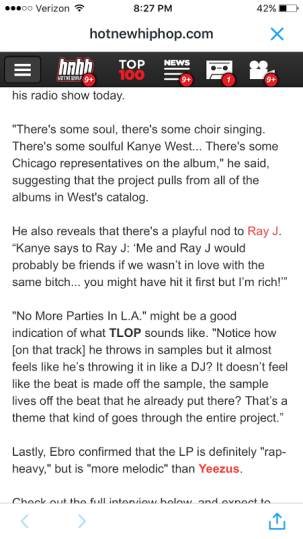 Now let’s discuss the album title.  What was first So Help Me God then to SWISH turned to Waves and now we are given T.L.O.P.  We learned what this meant yesterday – The Life of Pablo.  Now, this can definitely change again.  What is the significance of this title?  I don’t really know.  He does refer to a Pablo in ‘No More Parties in LA.’

I sort of think it has to do with him referring to himself as a very hard worker.  But in Kanye’s brain, it could mean something totally off the wall.  It could also be referring to Pablo Picasso.

I cannot wait to listen to this album in full from start to finish.  Peep the tracklist below that he tweeted yesterday. 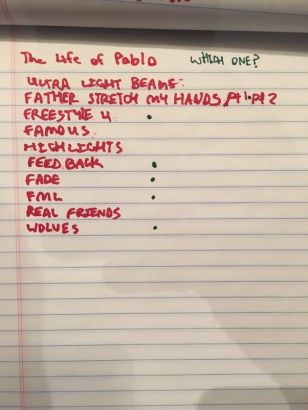 Not going to lie though, not sure how it’s going to beat My Beautiful Dark Twisted Fantasy or 808s & Heartbreak, which is probably one of my favorite albums ever.  Yes, more than a Drake album.  But I do have high hopes for this T.L.O.P.  I hope it lives up to the hype Kanye has created around it.

I really just wish I could be on the East Coast right now for two reasons:

1.  To be at Madison Square Garden (SOLD OUT) to watch Kanye premiere this shit.  EVERYONE will be there.  Even Lamar freaking Odom who basically came back from the dead just landed late last night from LA.

2. To be in Toronto for All-Star Weekend where it’s basically the most crucial time to be part of Drake ANYTHING.  His hometown.  All-Star Weekend.  Views From the 6 posters and ads are plastered ALL over the place.  Drake will be hosting mad parties.  And again EVERYONE will be there.   I cannot.

If you’re a Kanye fan and aren’t able to make it to a movie theater, I encourage you to sign up for the free trial of Tidal so you can be the first to listen to T.L.O.P.  And if you aren’t a Kanye fan, well then I feel bad for you.

Have a good one, yinz.  And thank you for reading!